$1 Million Then & Now: What would $1 million buy you in Langley through the years

Isn't it utterly ridiculous that the typical Langley home now sells for over $1 million? As of November 2020, there have been 25 months in history that the benchmark single family home has been over $1 million. The first month this happened was in August of 2017. The typical home price stayed over that threshold until January 2019, as the market saw a slight correction. However, just a year later - in February to be exact - the typical Langley home value was back over $1 million. Throughout 2020 it has only climbed, and now rests at $1.115m.

The crazy thing is, when I started my career in real estate just 10 years ago at the end of 2010, amidst one of the slowest real estate markets in decades, that home, which is now worth $1.115m would have sold for $533,300. I recall back THEN people were complaining that the cost of housing was too high.

Yet I sometimes find that these numbers just that to most of us: numbers. Life moves on, real estate prices go up, such is life. Perhaps, however, it is important to visualize what this really means. So for the sake of some fun, I thought I would go back in Langley's real estate history and see just what $1 million would buy you in years past and compare those homes with what you can buy for that money today.

The first time Langley saw a $1 million sale (on record anyway) was for a 30+ acre estate that featured an apparent 10,000 sq.ft. 1984-built home in Glen Valley's prestigious subdivision, "The Bluff". The estate on 88th Avenue sold for a record breaking $1.25m in September 1989. The property most recently resold in 2013 for over $2.1m with a potentially more accurate square footage of 8,323 sq.ft.. Photo is from 2013 listing (Don Munro, Sutton Group West Coast).

Before all the apartments and townhomes, Willoughby was just a lot of fields. So when the 1998 Willoughby OCP passed, landowners saw a windfall in their property values. This particular $1,000,000 sale was for 4 acres of for future "prime view lots". The 3,640 sq.ft. 1978-built home would, of course, be a tear down. The subdivision that would be created from this sale would be a part of Willoughby's "Tanglewood" subdivision. Today, 4 acres of redevelopment property in Willoughby of this designation could sell for $10-15 million. Photo from 1999 listing (Alf Deglan, Homelife Benchmark Realty).

For just under $1 million, but for full list price, you could purchase 8.5 acres in Salmon River which also included a 1,830 sq.ft. rancher, a 2 bedroom mobile home, 2 barns equal to just under 20,000 sq.ft. of equestrian buildings. The property has since sold for $1.34 million in 2012. Photo from 2004 listing (Ray Bernier, RE/MAX Aldercenter Realty).

2008: The Market Peaks for this Campbell Valley Hobby Farm

The market rose at a pace not seen in a generation between 2005 and 2007, but by early 2008, the cracks were beginning to show as the subprime crisis in the United States took hold. In February of 2008 we probably saw the last good month before the crash. This 4.5 acre Campbell Valley hobby farm on 8th Avenue sold for $1 million that month - claiming that the 2,200 sq.ft. 1988 built rancher was "ready for a facelift". The deal completed in late April and the buyer put the property back on the market for $1.29m that same October. The property later sold in May 2010 for tens of thousands of dollars under the 2008 sale price. Photo from 2008 listing (Peter Iwasiuk, Country Squire Realty).

2010: 20 Acres Near Murrayville for a Million Bucks Amidst Market Slump

I received my real estate license in October 2010 - probably the worse market in the last generation to launch a real estate career. But there were still some sales out there. After 5 months on the market with one agent, the seller switched agent, but held onto his $1.25m asking price. The property sold for $1 million after 80 days into the new listing. The listing presented 20 Acres with a small 1,680 sq.ft. 2 storey old timer home. The property was more recently on the market in 2017 for $3,998,800 with a 2014 built 4,000 sq.ft. home, but did not sell. Photo from 2010 listing (Rod Friesen, Landmark Realty).

2015: Murchie Lake Acreage Sells in the Calm Before the Storm

No one could have prediected what would happen in the coming year. In January 2015, the typical Langley home cost $580,000, which was only $30,000 more than where it was 5 years earlier. It was during this time that this beautiful, sprawling 2,400 sq.ft. 1989-built rancher on 4.2 acres looking upon Campbell Valley's Murchie Lake sold for a $1 million. Photo from 2015 listing (Keith Setter & Pam Stadnik, RE/MAX Treeland Realty).

At the start of 2016 we could already tell that it was going to be a wild ride, but we really had no idea to what extreme it would be. Benchmark values had already risen by $100k in 2015, but 2016 would push this farther. The market peaked in August in most areas, but held steady in some areas. This 1973 built Fort Langley home on Wright Street, with it's desirable 9,570 sq.ft. lot sold for $1 million in 5 days, but that's only because, for the most part, sellers would hold off on offers through the weekend. This 2,027 sq.ft. home sold for list price on September 3, 2016. However, it sold for $925,000 just 4 months earlier. In 2008, the property had been worth $154,000! Photo from September 2016 listing (Clayton Lindberg, Royal Lepage Wolstencroft).

2018 witnessed another rise in the market and the continued boom of Willoughby sales. This 3,149 sq.ft. home in Milner Heights presented a 4 bedroom home on a decent 4,322 sq.ft lot for $1 million. Although it didn't have a suite, it did have a large basement with a walkout entrance. It spent just over 2 months on the market with an initial asking price of $1, 088m. The property recently sold last month for just shy of $1.25m! Photo from 2018 listing (Daniel Friesen Personal Real Estate Corporation, RE/MAX Lifestyles Realty).

After a very slow 2019, there were signs of hope at the end of the year with agents seeing a tangible increase in market pace by November. By February when this 2,900 sq.ft. home on a 4,500+ sq.ft. lot sold, the market was steamrolling ahead. Sold for $1 million in just 4 days, a smidge above its asking price, this would be a sign of things to come. Photo from 2020 listing (Duncan Moffatt & Jake Frisson, Homelife Benchmark Realty).

The industry didn't know what would happen in March as the Coronavirus pandemic took hold across the globe. We were allowed to keep working in BC, so we did. And we had to. All the pent up demand from 2019 was busting through, virus or not. In September, the Langley benchmark single family home broke a record for the highest value of all time and it's only risen from there. This 1981-built Aldergrove home was larger than typical for its generation, at 3,366 sq.ft. on a generous 10,835 sq.ft lot (just shy of 1/4 Acre). The home featured a tasteful renovation in 2011 and sold for just over $1 million in October after 11 days on the market and one price reduction. The property had sold for $440,000 in late 2011 - after the renovation! Photo from 2020 listing (Sara Trydal, Homelife Advantage Realty)

Conclusion - Don't Hesitate When It Comes to Land

We aren't making anymore land. We can always build up, but in this beautiful region, we are restricted by sea, mountains and agricultural land. Owning land will continue to become increasingly expensive and with our proximity to Vancouver, Langley will continue to be a sought after suburb. In the past I've posted about typical market cycles that, 9 years out of 10, will see prices slow or decrease over winter, only to shoot up in Spring.

If you would like to see what's currently on the market in Langley, you've come to the right place. Just click on the link below to browse every single Langley listing and adjust your criteria accordingly. Alternatively, shoot me an email at richertrealestate@gmail.com and let me know what you're looking for and I'll set you up with a more detailed search! 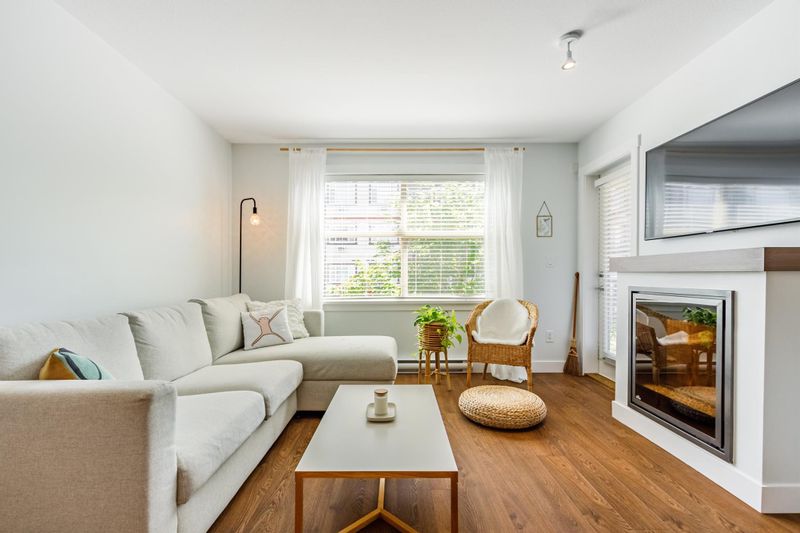 Welcome to BEARING POINTE! Be at home in this incredibly bright south-facing 2 bdrm, 2 full bath home on the quiet side of the building,...
View details...